One of the country's more intimidating corners, it looks easy from the grandstand opposite, less so from the cockpit of a car.

There's no doubt that Brands Hatch Indy is a great place to drive and it’s a great place for your chums to watch you do it. The natural amphitheatre among the hills south of the Dartford crossing is what makes the difference and a seat in the grandstand above Paddock Hill Bend reveals a view of almost the whole track. It’s not easy to drive though, and it’s exactly the sweeps and dips that are absent from most airfield circuits in the UK that add the extra dimension, then you see that there are almost no straights whatsoever on the short 1.2 mile Indy circuit (so named after the American CART Indycars made a visit there in the ‘80s) and that the layout offers complex and interesting sequences with two probable overtaking opportunities every lap, there’s always a busy and entertaining day in prospect. Sometimes even too busy. There are some track days when you never get anything approaching a clear lap, as much because you’re trying to keep out of the way of faster machinery at the same time trying to negotiate slower traffic.

Paddock Hill Bend lies at the end of the short pit straight, opposite the pit buildings  with the start-finish line at the end; the road just here slopes in two directions and that detail is easy to miss until you look for it. There’s an obvious gradient along the track’s length up Paddock Hill, but there’s another across its width, sloping from the North end of the circuit down towards the pits and whether or how you take advantage of this has always been a matter for conjecture. The Formula Ford experts would exit Clark Curve like a multicoloured centipede, diving immediately right across the road to hug the pit wall all the way along before sweeping back left just as they crossed the start-finish line. The claimed advantages were that the air they had to penetrate was fenced on one side by the pit wall and was thus less turbulent, and that the route across the track as they climbed towards Paddock was steeper so it helped with braking, even though it might tighten the turn. They could have added that it blocked the road to the right so that anyone who made a better exit from Clark couldn’t get alongside and claim the inside road into Paddock, but that of course sounds much less sporting.

The experts also knew that water runs downhill and use of this technique was not recommended when the weather was wet – or even more relevant when it was half wet and you were on slicks – and they also knew that the gradient across the road grew steeper just as you cross the start finish line. This is why the pole at Brands was not always an advantage; a touch too much wheelspin and the tail would slither down the slope. It is why pole-sitting regulars sometimes lined up with the car at an angle and the nose pointing towards Gravesend. On a flying lap though, the advantage in braking is simply because as you head up a hill, the suspension is already compressed and there is more weight on the tyres. The possible downside is that heading away from the turn makes that turn slightly sharper when you get there. It's always a trade-off.

Let’s assume you have negotiated the intricacies of the straight and are heading for Paddock Hill Bend. The main problem with Paddock is that its crest makes it blind on approach and as always that invites you to brake too early, although exactly where will still depend on what you’re driving – and how fast you are going when you get there. If you are able to get nearer the top of the rise before treading the pedal, suddenly it all feels much more comfortable. It still may not be possible at all in your transport for the day, so don’t try it too soon... In the first case though, you should still try and brake in a straight line – even if that appears to head you away from the turn – from where you still won’t be able to see the apex. This much is an important detail because once again the temptation is to aim for an apex - or clipping point - that IS visible and this will always be too early. You will definitely push wide as the car goes light over the crest and you start to pile down the hill, and you'll end up running over the kerb and on to the dirty bit to the left. Since they pulled the circuit away from the barriers in the 1990s, that offers the option of an awful lot of gravel but at least you’re less likely to bend the car badly. If you avoid the gravel but still stray over the white line, it tempts the organisers to add a penalty during qualifying, or in the race, to hang out a black flag with your number on it. Specific to Brands, they were pretty exercised about that even before the latest track limit regulations; a slightly lesser amount of steering when the suspension is fully compressed in the dip helps the traction up towards Druids Hairpin no end, so they are keen to frustrate an advantage unfairly taken.

A little patience is the best approach to begin with. Visualise an apex lying just out of sight to the right beyond the summit, then aim the car towards it. A little practice to build the confidence and you’ll find the apex reliably comes rushing towards you, at which point you should remember to take advantage by getting properly on the gas. And provided you look up the hill rather than stare at the end of the bonnet, you can get rid of the steering lock and allow the car to use up the rest of the road. Which it definitely will. The exit kerb will hopefully also come sweeping in from the left - and the idea is to have the car straight as you just rub the two outside wheels along the white line in the dip. You’ll hear the satisfying rasp that says you are just brushing the rippled kerb. It also says you are using all the circuit, but not the part beyond.

There’s a lot of time to be made at Paddock and it really isn’t difficult, just a little daunting because of the lack of visible clues. Patience in the middle part until you have built the confidence, really is the key. 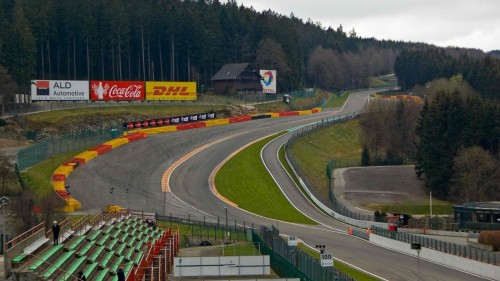 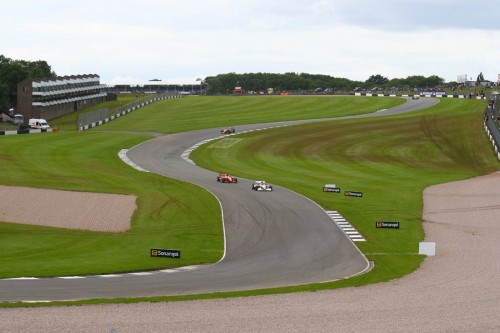 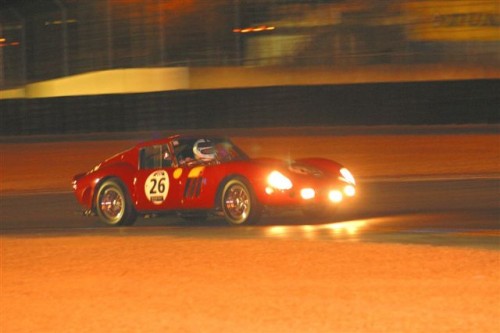 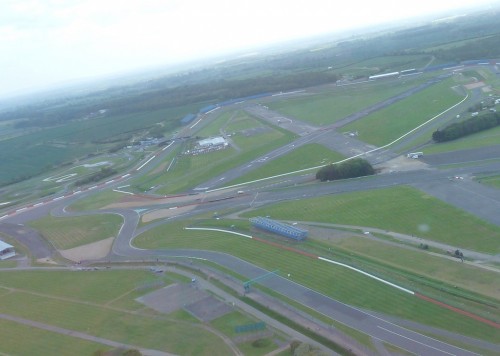